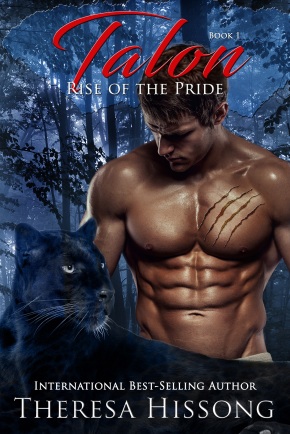 My name is Talon Shaw and I am the alpha of a pride of black panthers. My cat finds his mate in a human female and she wants a date! Panthers don’t date…we mate.
Before my plans fall into place to court the woman who is destined to be my mate, one of my pride is taken and held for ransom.
That ransom is me.
I will do anything for my pride, but my little human mate puts herself in my place. When I find out that she has been taken, along with a young girl from my pride, I vow to bring them both home. My Guardians and I will lay down a path of destruction in our hunt to find my mate, save my pride, and deal out justice for those my enemy has harmed.
That is…if I’m not too late to save them both.

With His Life (A Talon & Liberty Short Story)

Rise of the Pride, Book 2

Winter Blue, Guardian of the Shaw Pride, has sworn to protect the beautiful and stubborn Nova Raines. His panther knows that she is his mate, but Winter’s refusal to touch her causes him to almost destroy their fragile relationship when she is attacked by a human male and left for dead behind the bar that she owns.

The wolves are still on the loose, and when a rogue panther comes forward with information, the pride soon realizes that the male who assaulted Nova is a wolf and will stop at nothing until he kills her. The panthers assemble with a plan, ensuring that the pack of wolves are destroyed so that the pride can live in peace.

When Nova’s ability to protect herself is questioned, Winter has to make the decision to change her into what he is to save her life or leave her vulnerable to his enemies. His reasoning for keeping her human could also be the one thing that takes her life for good when the last remaining wolf returns to finish off the job.

Mary Grace was nothing more than a waitress at a local bar, waiting tables and living her life quietly and without excitement. When her ex shows up to take her to be sold to a scientist, a scuffle ensues and she ends up almost losing her life.

The one thing Savage Corvera wasn’t expecting to find was the voluptuous blonde waitress lying in a puddle of her own blood. His touch was meant to help, but the brush of his hand was all it took to know that the dying woman was his mate. There’s no hesitation when he makes the ultimate decision to save her life.

The pride bands together to protect their own after the news spreads that scientists are moving into their small town. When a group of masked men invade The Deuce and Mary Grace is taken, Savage will live up to his name when he goes on the hunt for the men who dared to lay their hands on his mate.

The Birth of an Alpha

Available in eBook ONLY

The Birth of an Alpha
Rise of the Pride
Book 4

The elders of the pride have told the story of an invisible thread that binds us to our mates.
The connection is more powerful than any god could create and stronger than any war could destroy.
It has been said that the only way to truly kill a shifter is to have their mate taken from their side.
Even in death, their love will never perish…

Talon has never been more in love with his mate than in the months leading up to the arrival of their first born, the next alpha to the Shaw pride. His cub’s birth should be surrounded by celebration, but when Talon’s mother falls ill and Liberty goes into labor, the alpha must balance his emotions for the sake of his people.

The presence of something otherworldly sends Talon and his Guardians on the search for answers to a mysterious phenomenon. When the truth is revealed, Talon must accept what has been written by fate, even if he doesn’t agree.

This is a novella and must be read in order with the series. 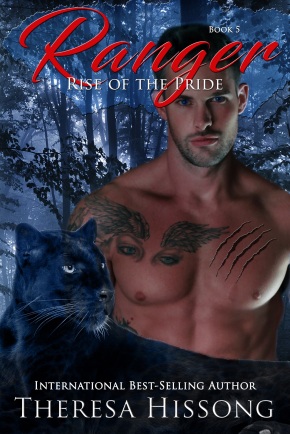 When Hope Alexander arrives at the Shaw pride, on the verge of death and scarred from her old pride, Ranger’s panther demands he become her personal protector.

Hope isn’t your typical female panther. She was raised to defend herself and those she loves. Teaming up with the dark-haired Guardian, Hope becomes a teacher to the females, giving them confidence to defend themselves in a time of need.

It doesn’t take long before Ranger and Hope realize that they are destined to be together, but Hope refuses the Guardian’s touch for fear of her old alpha and what he could do to Ranger if she is found. When a gang of their own kind come for Hope, Ranger will risk his life to make sure that she is protected at all costs. 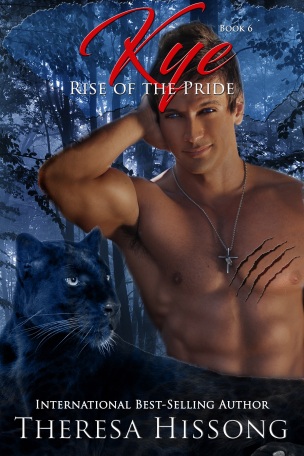 Kye has loved her for years.
Evie has never wanted anyone else.

Kye knows that his life and heart belong to Evie. With their maturity on the horizon, both Kye and Evie promise to stay united regardless of the outcome from the magic that determines their future together.
As the threats against his pride continue, Kye will make a decision that will affect everyone around him, but it is Evie who puts her plan into motion first.
Evie’s demons haunt her regardless of how much she has grown. Kye vows to put her back together again when the truth is revealed about what really happened when she was kidnapped as a young female. This time, he’s determined to make her whole again. Even if that means throwing out everything he’s ever known about the rituals and expectations of his pride.

Harold Blackwell, the pride’s healer, never imagined he’d be working to save the enemy. He took an oath the day he graduated from human medical school; to learn how to care for the sick and injured, but he never planned on saving a wolf.

Luna Ray was scared and alone when she was rescued from the labs that studied shifters. Her family had been slaughtered by the Community, but her life was spared when she was saved by a panther. Being the only white wolf shifter in the world, she must learn to live with the pride who believes she is dangerous.

Harold doesn’t want to have feelings for the wolf, but his panther demands he do everything in his power to heal Luna inside and out. The more time they spend together, the easier it is to accept fate when he touches her for the first time.

*This is a novella and should be read in order with the other books in series. 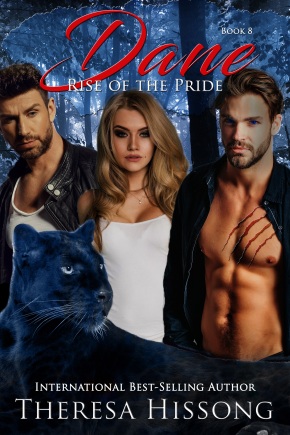 The Rules Have Changed…

Dane Walker, Guardian to the Shaw pride, has never lived by the rules. His tastes have always been on the side of extreme. With each passing day that he is tasked to protect the werepanther-owned bar, The Deuce, Dane’s obsession with the two human employees strengthens. He doesn’t trust anyone but himself to guard the bartender, Cole Bryant, and the waitress, Olivia Stone, and he can’t deny his feelings for them both.

Meanwhile, a drug cartel is on the hunt for the men who imprisoned their leader and they want revenge. Cole’s name is at the top of the list, and when they kidnap his baby brother, the pride rallies around them for protection. The pride is on lockdown, but Olivia is targeted before the plan to take out the cartel is put into place.

An emergency making it necessary for Olivia to be turned into a shifter changes everything the pride has ever known about finding a forever mate. The moment Dane gives her his blood, he feels the magic of a mating. Olivia is to be his forever mate, but what he didn’t know…Cole would be claimed as her other mate when she awakens from her change. Dane must do everything in his power to protect everyone he loves, knowing he may have to fight to the death to keep them safe.

A new Guardian has arrived, and she will change everything.

Booth Woods has lived a quiet, rewarding life as a Guardian to the Shaw pride. He’d planned out his life, never wanting to take on a mate. When Jade O’Connor arrives, requesting to fight in the Summer Solstice, his alpha tasks Booth to test her abilities. Her presence will throw his world into turmoil over the decision to touch her or let her go when she decides to stick to her current plan.

Jade O’Connor has trained for this. She’s wanted nothing more than to be a Guardian ever since she began her private training. When her pride finds out, and her alpha sends a clear message she is not allowed, Jade flees to the Shaw pride on a rumored acceptance of training female fighters. Determined to prove her worth, Jade will vow herself to the pride, but she will never accept their denial for her chance to fight for her rightful title…